Lucasville Area Focuses on the Positive

GLO Seeking Help to Light Up Lucasville in 2021
The Lucasville business owner group, Growing Lucasville Opportunity (GLO), submitted an Area Grant Application
to cover nearly 50% of the Cost of Christmas Light Fixtures to be used along US Rt. 23 in Lucasville.
The fixtures will be placed on existing Route 23 Power Poles and
GLO has already obtained permission from AEP and Valley Township Trustees.
GLO is contributing the Labor to Install, all wiring & breakers, shipping cost, bucket truck for installation and will also make financial   contributions to meet the GOAL. We need Your Help. No donation is too Small.  Chip in to Light Up LUCASVILLE next Holiday Season. The GOAL is $3,000 and we must act before End of January for a 30% discount off supplier.
All contributions are Tax Exempt.
GLO is also seeking to add members to the group to help make this and future projects successful.
Annual membership dues are $50. At this time any $50 donation will cover cost of dues for 2021
and support the Light Project.
Checks may be mailed to:
GLO
c/o Matt Keeney
PO Box 1312
Lucasville, OH 45648
Click HERE to be directed to the GO FUND ME Fundraiser 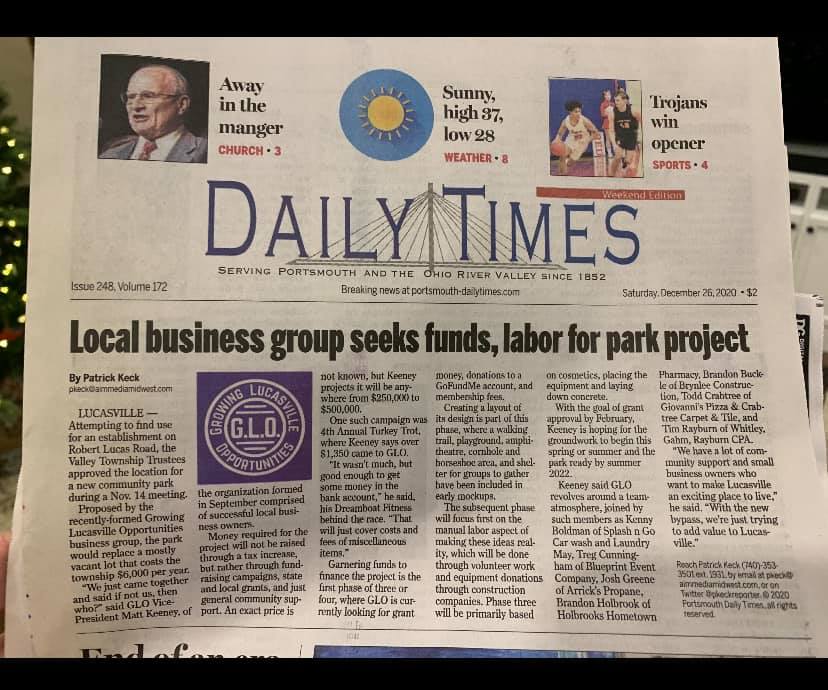 This Date In OHIO History: Dec. 20, 1881 - Branch Rickey was born near Lucasville, Ohio. He graduated from Valley High School in 1899 and accomplished many great things during his @MLB Hall of Fame career (see graphic).
This plaque is at Selby Stadium @OhioWesleyan @OWUSport 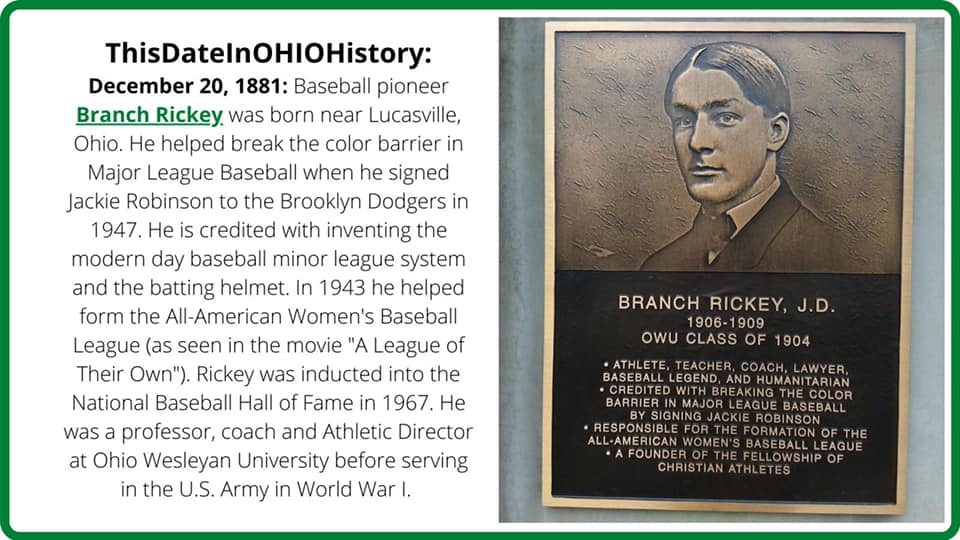 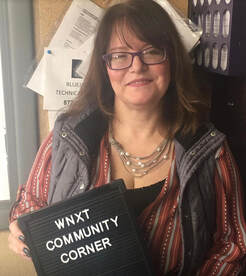 ​Lisa Spriggs was interviewed on WNXT Community Corner 1260 AM on December 4, 2019. She shared info about the Lucasville Historical Society indoor yard sale on Friday from 9-6 and Saturday from 9-3 at the EU Methodist Church on Scioto Street. She said they are also selling ornaments, Bicentennial DVD’s, special commemorative books and candy bars to raise money for their future Historical Society headquarters.
SOMC and LAHS Work to Preserve Local History
published June 12, 2018 in Portsmouth Daily Times 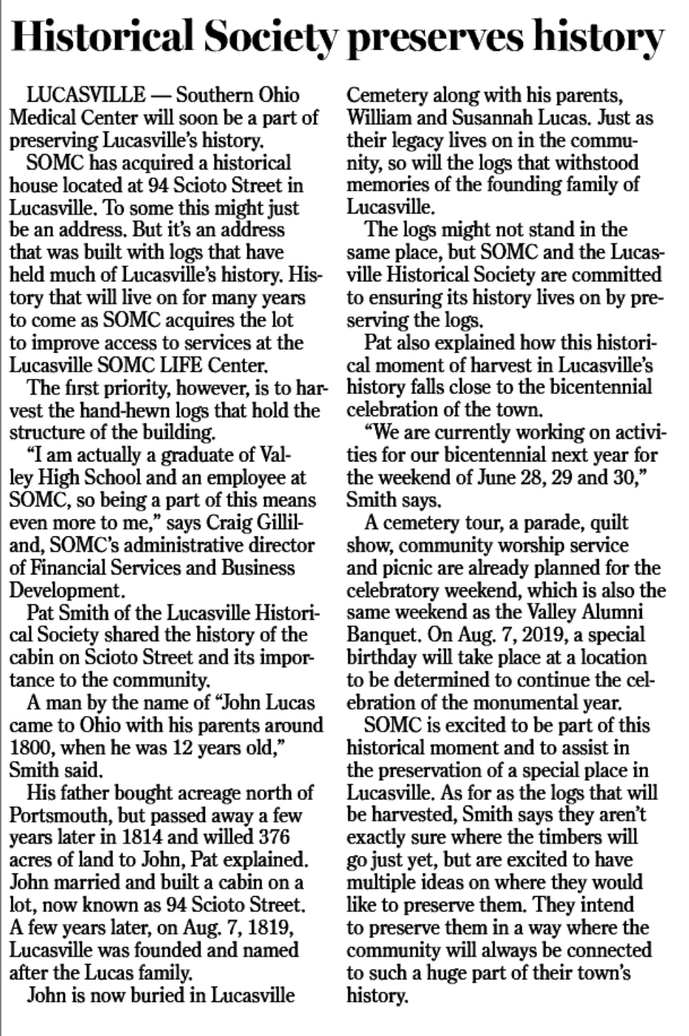 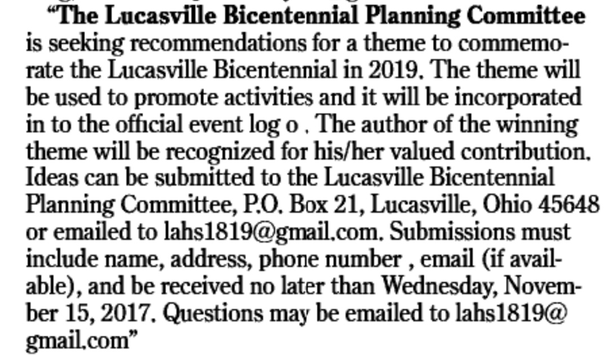 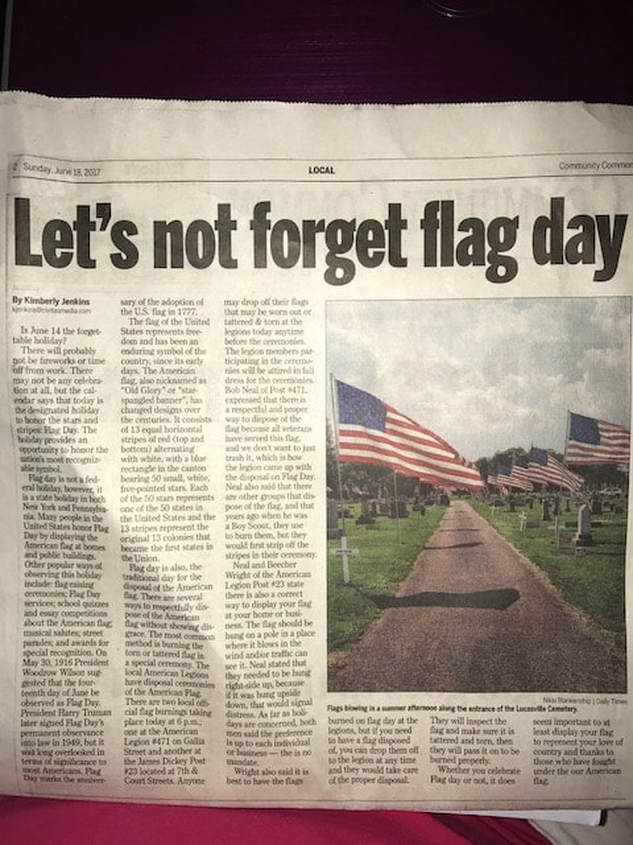